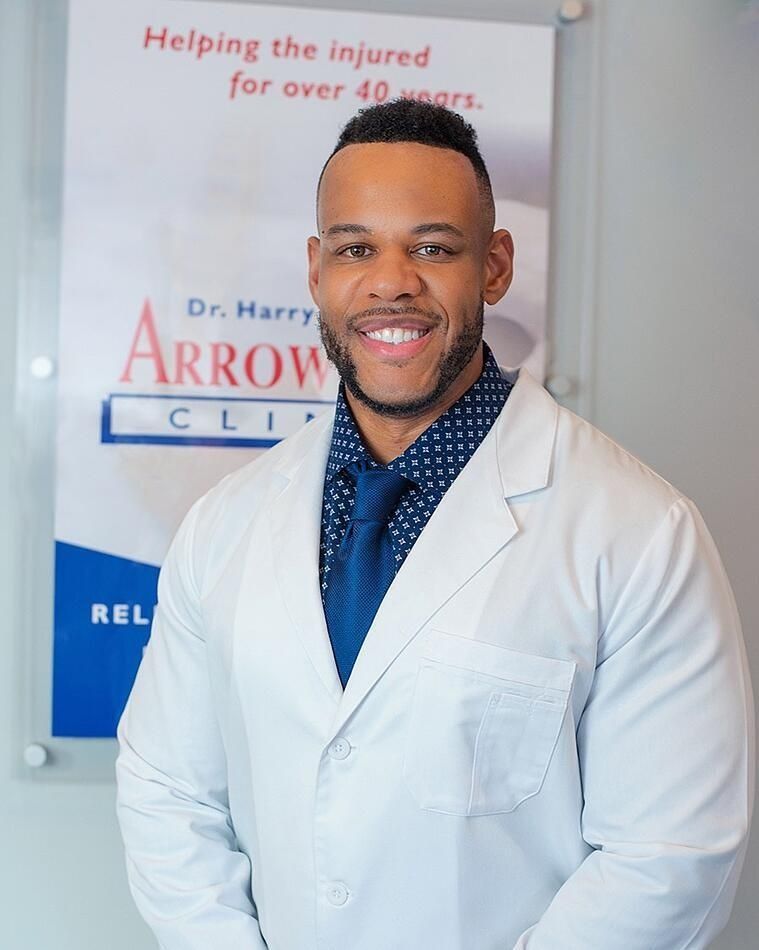 Dr. Toney didn't grow up wanting to become a chiropractor. After a financial hardship hit his family before starting his freshman year of college, Dr. Toney turned to exercise as an outlet. He would run three to five miles three to four times a week to cleanse his mind and body of all the afflictions he was experiencing. When he found out his college tuition fees included the benefit of the Recreational Activity Center, he decided to put the opportunity to good use. The rest is history.

Dr. Toney soon discovered his love for weight lifting and started to see results immediately. Gaining 20 lbs of muscle the first three months of lifting fueled his development into becoming a bodybuilder. Through bodybuilding, Dr. Toney was able to improve his appearance while maintaining a healthy lifestyle.

After 18 months of bodybuilding, Dr. Toney suffered every athlete's worst nightmare, an injury. This wasn't just any injury, but a back injury, due to improper form on a cable machine workout. At the time, Dr. Toney had no health insurance and couldn't afford to see a medical doctor. He did some research and stumbled upon chiropractic treatment. During his first exam, Dr. Toney was given an X-ray and an adjustment. He was back in the gym in less than a week. That's when he discovered his newly found love for Chiropractic.

Dr. Toney graduated from Georgia Southern University with a BA in Biology and minors in Chemistry and Business Management. He then finished up his education at Life University, where he received a Masters in Exercise Science/Sports Chiropractic with an emphasis in Sports Injury, and a Doctorate in Chiropractic Medicine.

"You never know where life is going to take you, so enjoy the journey." -Dr. James E. Toney Jr., DC

"I have been coming here about a week now and all I have to say is the customer service and treatment have been outstanding. They really made me feel great and welcomed since my car incident! Definitely would recommend them!"

Our Clinic Has Been Featured On