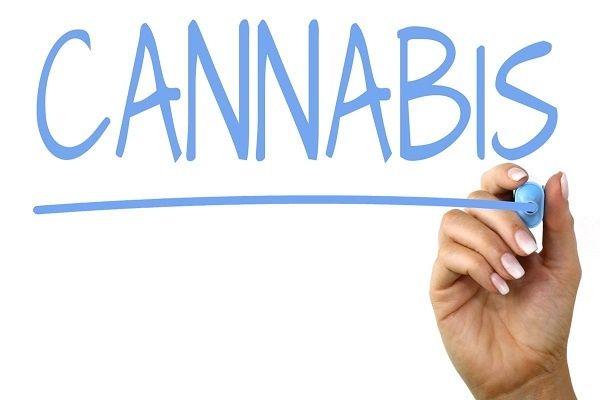 Chronic Back Pain and Cannabis | What The Research Says

Cannabis and Back Pain

There have been a number of studies that seem to back up the claims for cannabis and back pain treatments.

While medical cannabis is only legal in 30 states and Washington D.C., research has shown over a period of time that individuals with Chronic Back Pain experience significant pain symptom reduction while using medical cannabis.

In this blog, we tackle to the topic of cannabis and its relation to back pain relief.

Breaking Down Cannabis and Chronic Back Pain

Chronic back pain can be one of the most debilitating conditions an individual can encounter; there are very few daily activities that do not involve some kind of movement or even bracing of your back.

Living with Chronic Back Pain can leave you feeling frustrated, incapable, and at times, downright depressed.

The situation can look particularly bleak if you are unable to find any relief for your pain from more traditional medicines and techniques.

Fortunately, there may be another solution your doctor might have missed out on telling you about that may help with your chronic back pain. Cannabis and back pain relief are being strongly linked and the findings look promising.

This article will give you all of the relevant information you might need to know about medical cannabis and back pain to help you make an informed choice about trying it for yourself.


Helpful Back Pain Facts and Information

Before moving on to discussing the connection between cannabis and back pain relief, we want to make you aware of some interesting facts and pieces of information surrounding back pain.

Experts estimate that around 80% of Americans will suffer from back pain at some point during their lifetime and, according to the Global Burden of Disease, low back pain is the leading cause of disability in the world.

It is also thought Americans spend upwards of $50 billion every year on treating back pain! Some of that money going to medical marijuana in select states.

Obviously, back pain is a huge issue that people are willing and, in some cases forced, to try multiple methods to find a cure for.

Most cases of back pain can be traced back to a mechanical issue or injury as opposed to a serious medical condition like arthritis or cancers.

The most common causes of back pain are the following:

Back pain is usually described as acute or chronic.

Chronic back pain is pain that lasts for a longer period of time: normally at least 3 months. This is the kind of back pain where finding relief is key and where the use of medical cannabis for back pain may provide an answer.

How Can Cannabis Help with Back Pain?

Marijuana is no stranger to being used for relieving chronic pain.

In countries where medical use is allowed, marijuana is often prescribed to treat pain where other treatments have not been successful. In the U.S. and Canada, chronic pain has been cited by patients as the most common reason for their use of medical marijuana.

There are a number of studies that link marijuana and pain relief and we will share a few examples later, but first, on to how marijuana works to relieve pain. 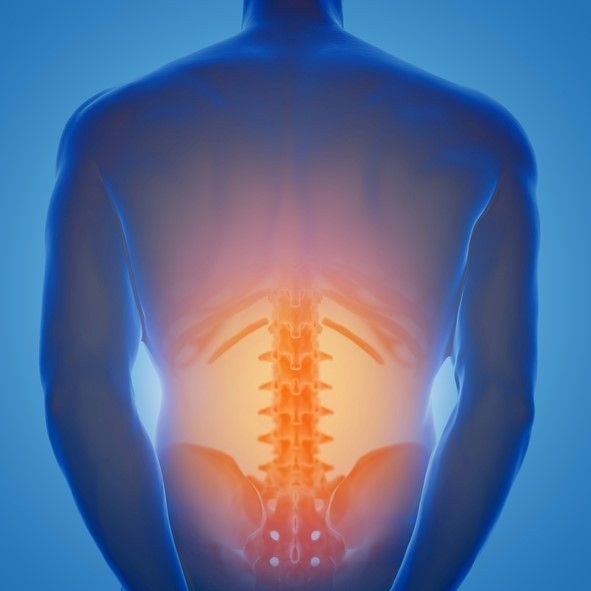 The analgesic, or pain-relief, effects that marijuana is known to have comes from the cannabinoids within the drug.

These are also thought to have some anti-inflammatory effects, which is a likely reason why medical marijuana and back pain treatments are observed to be effective.

The cannabinoids themselves are a group of closely related compounds, all of which bind to and influence the cannabinoid receptors in your brain.

Common examples of cannabinoids that you may have heard of are CBD and THC, which are different compound types and have differing effects.

When attached to the receptors in the brain, cannabinoids have been observed to suppress pain signals as they are sent to the brain. Their anti-inflammatory properties are also likely to be a reason for their positive effects on chronic pain symptoms.

The Evidence for Cannabis and Back Pain Relief

Anecdotal instances of marijuana helping to relieve back pain are widespread, which is excellent news and it cannot be discounted.

However, it is always key to have controlled studies and scientific evidence to back up health claims.

As we alluded to earlier, there have been a number of studies that seem to back up the claims for cannabis and back pain treatments. Below, is a list of a few studies that may support the claims of using medical cannabis for back pain.

This 2004 study took 34 individuals that suffered from chronic pain, which was resistant to treatment. The participants were given different strains of marijuana and observed over a 12-week period.

The results showed some significant reduction in chronic pain symptoms and found that extracts containing THC were most effective to relieve pain.

Pain was also significantly decreased in this study from 2011 that looked at the cannabinoid-opioid interaction in chronic pain.

The study concluded that vaporized cannabis did, in fact, elicit an analgesic, pain-relieving effect.

Finally, a clinical review was undertaken in 2015 by Kevin P. Hill, MD to compare the results from 6 clinical trials and their findings on the effectiveness of marijuana to relieve chronic pain.

The following quote was copied from the “findings” section of the review:

As you can see, the evidence is certainly there to be found when it comes to using marijuana to relieve chronic pain, which is why medical marijuana and back pain has become such an area of interest for many people.

Best Type of Cannabis for Back Pain Relief

Like we touched upon earlier on, there is more than one different strain of medical marijuana and there are many types of cannabinoids. Each different type will have a different kind of effect on your brain and body.

As a general disclaimer, everybody is likely to have slightly different results with each different marijuana strain so there may be a little bit of experimentation required on the part of the patient to help relieve their pain. 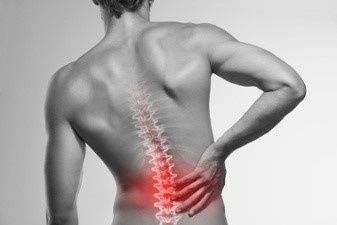 The 2 most observed compounds are THC and CBD.

Both of the compounds are very similar in structure, but they have different effects on your body. The main difference is the psychoactive effects they each have on the brain.

CBD usually comes in the form of an extract that is ingested orally and has no psychoactive effect on the brain. THC, on the other hand, is the main psychoactive ingredient in marijuana and is responsible for causing the “high” feeling you get from marijuana.

Both THC and CBD have been observed to have pain-relieving, analgesic properties.

In short, both types have some similar effects, but you do not get the euphoric feelings of THC when taking CBD. For some people, this will be a welcome benefit as they can use marijuana to relieve their pain without altering their mental state.

Recently, the first prescription drug to contain CBD has hit the market: it is called Epidiolex and is used for treating some forms of epilepsy.

If you're interested in using medical marijuana to help ease back pain, it's best to speak to an expert first to figure out what will work best for you.

Side Effects of Using Cannabis for Back Pain

Firstly, the way in which you ingest marijuana is going to have a bit of an impact on the side effects you could experience. An obvious example would be to compare smoking against consuming edible variations.

Smoking marijuana is likely to have many of the same potential side effects as regular smoking and could have negative impacts on breathing conditions.

The side effects are going to be slower when ingested orally versus inhaling it, which is something to keep in mind when taking marijuana for your pain. If you wish to inhale it but do not want to be exposed to the health risks of smoking, using a vaporizer might be a viable alternative.

The short-term side effects of medical marijuana include:

Another potential and serious side effect that has been observed is an increased heart rate shortly after taking cannabis, which may increase the risk of heart problems in those with heart conditions within the first hour of taking the drug.

There is some research to suggest that marijuana could be responsible for the onset of schizophrenia in individuals that are already susceptible to it in long term use.

As with any drug, it is always wise to inform your primary care physician before you start taking it.

Is it Legal to Use Cannabis for Back Pain? 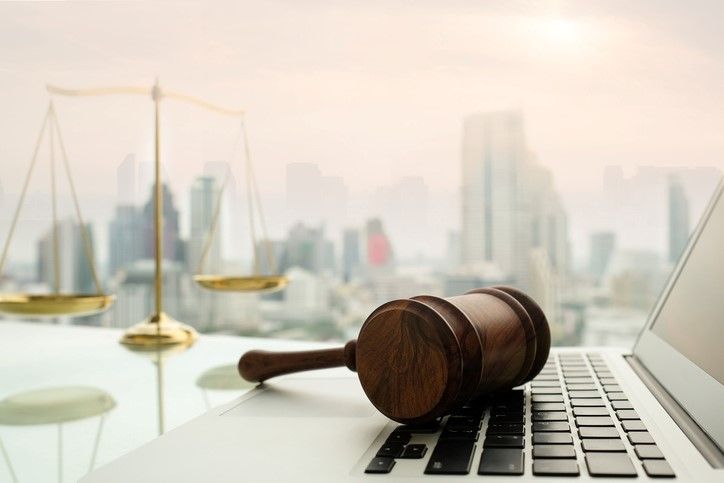 At the moment, 30 states plus Washington D.C. have chosen to pass laws that allow medical use of marijuana to be legal as long as the drug is prescribed by a licensed professional. There are also some states where the use of THC remains completely illegal, but CBD could be used in medicine. For a list of states that allow medical marijuana, click here.

This is generally because THC is responsible for the psychoactive reactions that users have to marijuana use, and is thus associated with non-medicinal uses.

Using marijuana for recreational purposes still remains illegal in much of the country; there are just 9 states and Washington D.C. that allow it.

Of course, it should go without saying that you need to read up on your local laws to see whether it is legal to use medical marijuana for pain management and what kinds, if any, you may or may not be able to use.

Concerning the states where we practice, the laws are somewhat restrictive. In Georgia, House Bill 65, passed in May of 2018, permitting the medical use of cannabis oil for “intractable pain”, which may or may not qualify you depending on your diagnosis.

In Tennessee, unfortunately, medical uses of cannabis are restricted solely to seizure disorders, such as epilepsy.

Final Thoughts on Cannabis and Back Pain 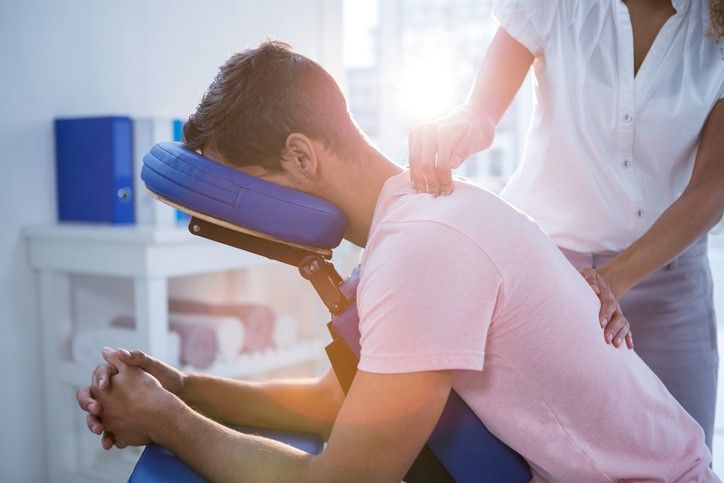 The evidence, both anecdotal and scientific, most definitely seems to support the use of cannabis for treating chronic back pain.

If you are a chronic sufferer and have not managed to find relief from the traditional methods, trying cannabis may well provide a solution.

As long as your country or state’s laws allow for it, you can suggest the use of cannabis and discuss it with a registered physician to see if it is an option for you.

So if the chronic back pain has hindered your quality of life and you would like natural and healthy solutions, contact Arrowhead Clinic for a Chiropractic Adjustment.

Chiropractors are excellent at treating back pain symptoms.

Click the banner below to schedule a Free Consultation with Arrowhead Clinic's Chiropractic Team today.

Next blog:The Relationship Between Back Pain and Sitting Down at Work